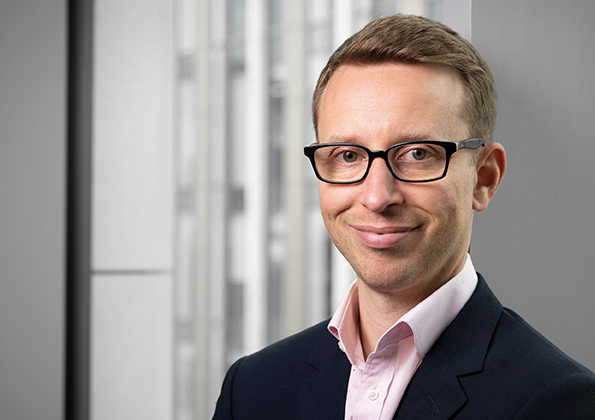 Phil is a Managing Associate within our Business Group. He is commercial litigator and sports dispute resolution specialist with over 12 years' experience. Alongside his reputation as a commercial litigator Phil has for many years been an industry recognised specialist in resolving disputes within professional sports. He has represented clients such as professional leagues, governing bodies, professional athletes and managers, with a particular emphasis on football.

In the commercial litigation space Phil has specialist interests in professional negligence, defamation and contractual disputes.  Through court litigation and mediation Phil has helped recovered tens of millions of pounds for clients who have suffered negligence by surveyors and solicitors. He has acted on highly sensitive defamation matters often up against the national print media.

In the sports sector Phil has acted in FA Rule K Arbitrations, EFL and FA investigations and numerous other formal and informal out of court dispute resolution mechanisms commonly found in the sports sector. His advice has covered high profile and sensitive topics such as allegations of Club and manager misconduct, racial abuse, breaches of betting rules, disagreements with household name sponsors, player transfers, Financial Fair Play Rules and complications inflicted upon professional sport by COVID-19. Multiple of his cases have appeared in the national media and have had tens or hundreds of millions of pounds at stake.

Phil has a particular understanding of the mindset of sports regulators and stakeholders.  He always handles these matters with the discretion, confidence and sensitivity which they require.

He has advised and represented a full spectrum of participants and stakeholders in professional football.  He has represented and advised the Premier League, and multiple football Clubs within the Premier League, EFL and National League.  He has represented players and managers with a Champions League winning and Olympic Gold medals. He is also volunteer director of British Weightlifting and enjoys advising NGBs and participants in other sports such as MMA, professional cycling and motor racing.

Phil’s expertise is recognised by independent industry guides.  He is ranked as a sports law expert by the Chambers Guide and for sports law and commercial litigation (and other areas) in the Legal 500.