The Secret to Sustainable Success 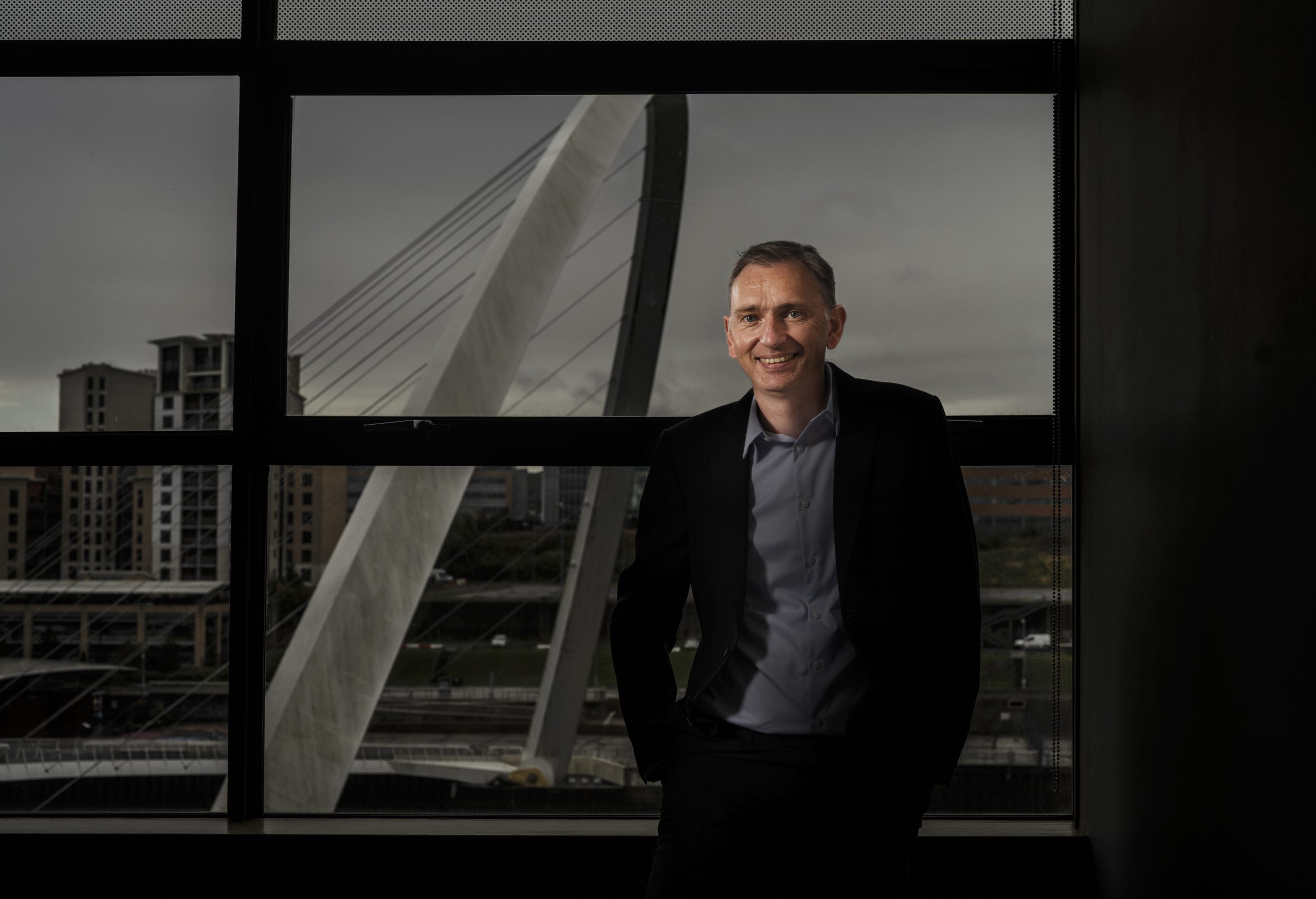 We’re delighted to announce that the annual Ward Hadaway Fastest 50 North East list is returning for its 22nd year.

Partner Damien Charlton, who heads up our commercial team, reflects on those enduring businesses that have appeared in the list year after year and asks, what’s the secret to sustainable success?

In business, it’s all these attributes and more that lead to long term, sustained success – sometimes continued over decades, even centuries. Yet while they’re easy words to say, they’re not so easy to act upon. Especially in a world full of surprises and scenarios you could never have planned for.

Ward Hadaway itself is a business now in its fourth successful decade, with offices in three major Northern cities – Leeds, Manchester and Newcastle – and a breadth and depth of legal expertise honed over time. It’s our people that make us special, with expertise accumulated and added to, as well as specialists in every form of law sharing their know-how with others, continually striving for better.

Our Fastest 50 list has always been about celebrating success in all its forms, shining a light on those businesses powering change and leading the way. Some make an entrance onto the list and become stalwarts. Others come and go. Each is unique in its own way, with a story to tell about growth, innovation, people, skills and leadership.

Next week, the 22nd Ward Hadaway Fastest 50 List will be revealed and while we expect to see many fresh entries from up and coming privately owned companies, we’re also reflecting on some of the businesses that have appeared on the list multiple times.

Longevity means more than just staying the distance. Businesses that have enduring success lay roots in the local communities where their people and suppliers are based. They contribute to the economic stability of our North East region. They drive change and innovation through the supply chain. They attract investment from around the globe and bring confidence to other businesses looking to emulate success. They represent and fly the flag for our region on a national level, amongst taste-makers and decision-makers.

Three such businesses are Komatsu, Barbour and END. which have all appeared in The Fastest 50 multiple times. The companies, in their unique ways, embody a spirit of innovation that has served them well over the years. 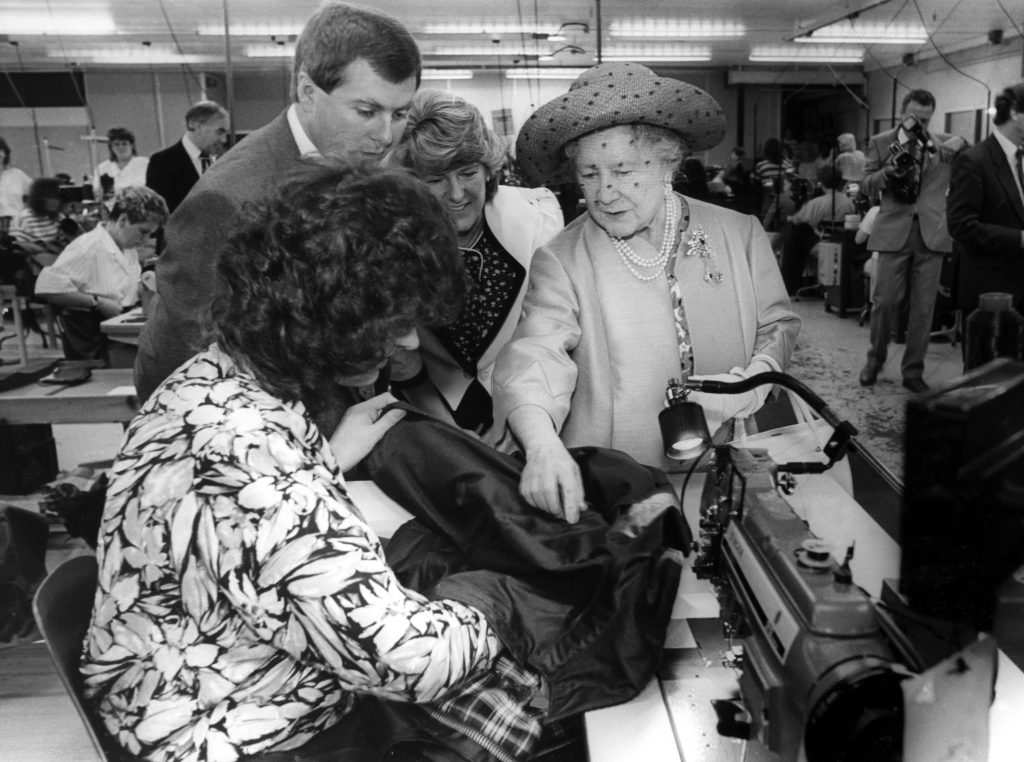 From humble beginnings in South Shields making oil skins and waterproofs for the fishing community on its doorstep, J Barbour & Sons continually innovates its products, now appealing to a mainstream global audience, while remaining true to its seafaring heritage.

Now a 5th generation family business, it could have been easy to rest on its laurels but reinvention has defined the company, keeping pace with modern technologies and buying trends to ensure its outerwear remains relevant and fresh. This approach has seen them feature in the Fastest 50 five times over the years.

While Japanese owned Komatsu’s heritage may not originally have been rooted in the North East, when they established their UK base near Chester-Le-Street in 1985, they brought with them a new outlook on innovation and technology that has endured for decades and seen them feature in the Fastest 50 List three times.

Over the 34 years they’ve been in the North East, the business has laid down roots and established itself as a well-known employer of choice. Back in 1920, original founder Meitaro Takeuchi had a clear vision that the company should, ‘enhance the community’s quality of life, developing future generations and growing with society’. It’s a purpose that has driven Komatsu forward wherever it operates around the globe, with its core values of ambition, collaboration, perseverance and authenticity still at the heart of a dedicated workforce here in the region. 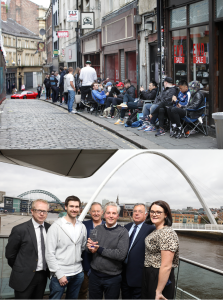 Clothing retailer END. originally located on Newcastle’s High Bridge Street has appeared on the list for the past five years running. Its prolific rise, winning the ‘Large Company’ category in 2018, is down to a clear vision and first-mover advantage.

Early on in the e-commerce boom, END. spotted a gap in the market to broaden its horizons, bringing its personalised, high-end shopping experience to the world, online.

Investment in online technology, a clear understanding of its customers, creating a seamless shopping experience and strong partnerships led to success that shows no sign of slowing, now catering for a global fashion market and propelling END. ever-onwards.

Those companies making multiple appearances on the list are from wide and varied sectors, but their tenacity, determination and solid foundations set them all apart. They all take a sustainable approach to growth and success – there’s no boom and bust mentality here. Simply a desire to leave a lasting legacy and make an impression on our region that will be remembered.

I’m looking forward to sharing some inspiring stories of success from this year’s Fastest 50, following the big reveal next week. It’s always a pleasure to see new names on the Fastest 50 List alongside the familiar. In fact, the thrill of celebrating the successes of our regional business heavyweights is one thing that never gets old.