A LEADING national authority on the public sector who has advised on more than £1bn worth of projects has joined law firm Ward Hadaway.

Tim Care is acknowledged as a key figure in the legal industry for his experience and expertise on projects, procurement, constitutional and contracting issues across the public and private sectors. 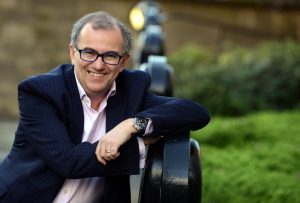 He joins the Public Sector team at Ward Hadaway as a Partner after advising on some of the most significant schemes across the North.

In the North East, Tim has advised on projects including the £300m PFI scheme to redevelop the RVI and Freeman Hospitals in Newcastle, the libraries PFI scheme for Newcastle City Council and the procurement of an operator for the Tyne & Wear Metro.

He has also advised South Tyneside and Gateshead Councils on their joint Building Schools for the Future project as well as local authorities in the North East on innovative heating and energy projects.

In addition, Tim has provided legal advice on over £500m worth of hospital rebuilding projects in Yorkshire, Cumbria, Greater Manchester and Belfast.

He is also the author of the standard documents used by local authorities across the country to draw up their constitutions and has advised Government bodies including the Ministry of Justice.

Speaking about his appointment at Ward Hadaway, Tim said: “Ward Hadaway has a well-deserved national reputation for the quality of its work across the public sector so joining the firm seems like a perfect fit for me in many ways.

“Not only does Ward Hadaway have a distinguished track record for the projects it has advised on over recent years, but it is also at the forefront of new thinking and new developments in the public sector, which is vital at a time when the landscape faced by local authorities, health trusts and other public bodies is changing so rapidly.

“I know a number of the team already from my previous work so I am really looking forward to getting together with them to work on more ways in which we can help public sector organisations and private sector companies who want to work with them deal with the challenges they face.”

Melanie Pears, Partner and Head of Public Sector at Ward Hadaway, said: “We are thrilled to have someone of Tim’s national reputation and outstanding track record joining the team.

“We believe that joining forces will make for a truly powerful combination and a team with leading edge expertise throughout the public sector.

“We will be looking to further extend the innovative services and advice which we provide to the NHS, local authorities and other public sector organisations, in particular looking at helping such organisations to meet the challenge of finding greater efficiencies and securing even better value for money from their resources.”

Jamie Martin, managing partner at Ward Hadaway, said: “We are delighted to welcome Tim on board.

“His appointment demonstrates our determination to invest in the very best legal expertise for our clients and is further evidence of our standing as a Northern law firm for national business.”

Ward Hadaway is already placed in the top rank of law firms by legal directories Chambers & Partners and Legal 500 for the quality of its advice and services to organisations in the public sector.

The firm is the current PFI Law Firm of the Year for 2014, having also won the same award in the previous year.