Today we reveal the businesses which have made it into the Ward Hadaway Fastest 50 for 2019, the comprehensive list of the region's fastest-growing companies. 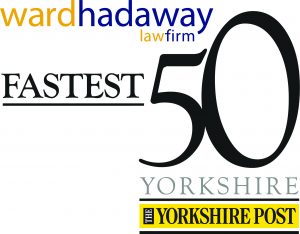 Organised by leading commercial law firm Ward Hadaway and backed by The Yorkshire Post, the list highlights and celebrates the achievements of the profitable, privately-owned companies in the region which have grown their turnover by the largest amount in recent years.

This year’s Ward Hadaway Yorkshire Fastest 50 spans a wide range of sectors from recruitment companies and food and drink retailers to manufacturers and those in the tech sector.

John Murray, Executive Partner for Ward Hadaway’s Leeds office, said: “We are delighted to present the ninth Ward Hadaway Yorkshire Fastest 50 which once again has produced a diverse mix, but with one common thread in that they all have a passion to see Yorkshire succeed.

“The list demonstrates the sheer variety of companies who are succeeding in growing their businesses, creating jobs and prosperity and attracting investment into the region.

“It is these companies which are the growth drivers of the Yorkshire economy and they deserve the accolades and the attention which being in the Ward Hadaway Yorkshire Fastest 50 brings them.

“This year’s list is impressive. All of those listed have consistently grown their businesses over a number of years whilst remaining profitable – something which we can all celebrate.”

Following today’s publication of the full A to Z list, the Fastest 50 Awards will take place at Aspire in Leeds on Friday March 22nd when the winners will be revealed.

This year, Richard Hughes, founder of Manchester investment bank Zeus Capital, will speak at the event.

Here is the Fastest 50 for 2019 in alphabetical order:

Established in 2004, Age Partnership provides a range of financial services for the over 50s. Sister company Pure Retirement also appears in the list.

This car dealership was founded in 2005 by Andrew North and Alexander Brimelow, and is a luxury, sports and 4×4 specialist.

This Leeds-based company supplies headphones, microphones and turntables. They also have offices around Europe, the US and Canada.

This will be the second year in a row that Awesome Merchandise appears in the list. The company has been making custom merchandise, all in-house, since 2005 after its founder began making badges to pay his way through university.

Rated as the UK’s leading SMB Microsoft Dynamics 365 Support Partner, Sheffield-based Azzure IT has won the fastest growing small company award for the last two years. Can they make it third time lucky?

Established in 1992, Bee Health is one of the UK’s leading vitamin, mineral and supplement manufacturers.

Returning to the Fastest 50 list for the second year in a row is this family-owned and run used caravan dealership which was established in 1992.

A potato supplier to the catering, wholesale and export markets.

This family-owned business prides itself on being able to operate like a large housebuilder, whilst offering customers the service usually associated with much smaller developers.

Established in 1993, BJSS Limited is an IT and business consultancy based in Leeds with offices in Manchester, Bristol, Nottingham and now New York. They last appeared in the Fastest 50 list in 2014.

Chaired by chartered Surveyor John Guthrie, Broadland Properties has a range of interests around the country including agricultural and sporting estates, and commercial premises and developments.

Established over 20 years ago, Carver Engineering Services specialises in the manufacture of bespoke steelwork for the mining, rail, oil and gas industries.

This will be the third year in a row Scarborough-based recruitment company Castle Employment has made the Fastest 50 list. The company opened its York office at the end of 2018.

This Halifax-based company manages sponsorship opportunities for councils, local businesses and the local community via roundabouts, lamp-posts and banners.

Recruiters of commercial and clinical roles within the dental, audiology, medical devices, animal health and scientific markets. The company has made the Fastest 50 list for the second year in a row.

A recent management buy-out has seen the four separate Galaxy businesses combine into a single entity distributing insulation and dry lining products. It also has offices in Leeds, Haydock and Birmingham.

From a farm in Kirklington, HECK! co-founders Debbie and Andrew Keeble and the team produce a range of sausages and burgers sold in supermarkets and via their own online shop.

J Rotherham is another company retaining its place in the Fastest 50 list for a second year. It is a specialist stone masons, offering stone fireplaces, kitchen worktops and architectural and designer stonework.

Holding company for a number of Cash Convertor franchises throughout the North of England.

This Leeds-based recruitment company returns to the Fastest 50 list for a second time. Founded in 2006, the business has diversified over the years into the construction, facilities management, logistics, manufacturing, training, fleet solutions and energy and process markets.

Headquartered in Hessle with showrooms across Yorkshire and beyond, this used car dealership was established in 2001.

Omega Security Systems has been operating for more than 25 years specialising in the design, supply, installation and maintenance of commercial security systems for organisations.

This Beverley-based housebuilder returns to the list for a second year in a row. Established in 1978, it currently has developments in Driffield, Woodmansey, Goole, Immingham, Skirlaugh and Beverley.

Established in 1978, Pricecheck is a second-generation, family-owned business. The wholesaler also appeared in the Fastest 50 list in 2012 and 2011.

Founded in 2010, Project:ff&e is a leading supplier of furniture, fittings and equipment to the hotels, care homes, student accommodation, schools, and the private rental sector.

This automotive fleet software company was founded in 2003 and offers a range of services to clients including Avon Fire & Rescue, B&M and Co-op.

This independent wholesaler of air-conditioning and refrigeration products stocks 6,000 products in its 14 branches around the country.

Formed in 2001, this telecommunications business offers its clients a range of services including copper and fibre networks, oil and gas infrastructures, managed services, consultancy and design. It also offers installation and commissioning services to companies that don’t wish to work in hostile environments.

This McDonald’s franchise operates a number of restaurants including one in The Dome Leisure Park in Doncaster.

Sigma makes it a hat-trick of appearances in the Fastest 50 list this year. The company has over 20 years’ experience of delivering store fit-outs to clients including ASDA, Footlocker and The Works.

Formed in 2001, Sigmat design, manufacture and build load bearing light gauge steel framed structures. It has appeared in the Fastest 50 list twice before, in 2018 and 2014.

Formed in 1976, this Bradford-based company manufactures insulation products for building interiors, exteriors, floors, roofs and civil engineering applications. It last appeared in the Fastest 50 list in 2016.

This independent development and construction company builds student accommodation, care homes and housing. With its HQ in Leeds, the company also has offices in Manchester and Coventry.

A design, fit-out and refurbishment company working with offices, the hotel and leisure sector, schools, colleges and universities and also public and private healthcare providers.

Another company returning to the Fastest 50 list for the second year in a row, Verona was established in 1999 and distributes tiles and mosaics in natural stone, glass, porcelain and ceramic.

With its headquarters just outside Rotherham, this stockist of carpets, rugs and flooring has 16 shops across South Yorkshire and Lincolnshire. It also appeared in last year’s list.

This family-run business is headed by Jonathan Walker and builds bespoke properties around East Yorkshire.

The companies in this list have been selected from the table of fastest growing profit-making, private, regional companies, based on turnover growth.

Information has been compiled using data which is publicly available at Companies House of UK-listed companies before being independently verified.

To qualify, companies must be trading entities and have turnover in excess of £1m in the last three years of filed accounts, which are up to date as at 30 November 2018. Companies must also have made profits in each of the past three years’ accounts and must have filed new accounts since last year’s Fastest 50.

Ward Hadaway and The Yorkshire Post do not accept any responsibility for any errors or omissions.