RADICAL changes to pension arrangements may open up a new front in divorce cases, according to a leading law firm.

Expert divorce solicitors at Ward Hadaway say that the Government’s move to effectively free up people’s pension pots instead of making them buy annuity policies will make it much easier to split pension assets in divorce proceedings.

As a result, the firm says that pensions are likely to form an increasingly important part of negotiations between partners when they split up. 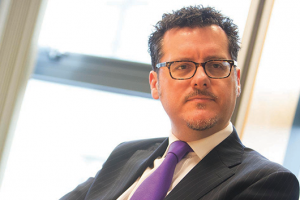 Jonathan Flower, Partner and Head of the Family Law team at Ward Hadaway, said: “Until now, splitting pension arrangements in divorce proceedings has been a complicated task.

“This has made pension sharing orders and similar arrangements less common, with spouses often trading off other assets rather than going to the effort and expense of sharing a pension pot.

“However, the changes to pensions law due to come into effect in April 2015 mean retirees will be able to do as they please with their pension pot from the age of 55, with the exception of final salary or career average pensions.

“The changes mean pension assets will be much more easily split in divorce proceedings, if viewed as cash sums available from the age of 55.

“As a result, we may see many more divorce cases where the pension pots of either or both partners take centre stage in the proceedings.”

While the freeing up of pension pots does not prevent people from buying lifetime annuities or other investments with the money which they have built up, it does mean there are fewer complicating factors when it comes to assessing the value of a pension in a divorce case.

The fact that such pension pots can amount to considerable sums increases the likelihood of them being involved in financial calculations in the event of a divorce.

Jonathan Flower explained: “A pension is likely to be the second most valuable asset in any marriage after the family home, and may even be the largest, taking into account any debt secured on the home.

“As divorces often happen in periods of financial stress, the pension asset may be all the more valuable.”

The changes are also likely to influence divorce proceedings, even in cases where pension assets are not divided up.

Jonathan said: “These pensions reforms will impact any financial settlements from now on, even if no splitting is involved, as both spouses are likely to have built up a pension pot and this will influence their assessment of their resources and requirements.

“Clearly these changes will provide a lot of food for thought for couples going through the separation process or who are contemplating divorce.

“Expert advice will be needed in any instance to ensure that such cases are carefully and sensitively handled, particularly since they will involve the need for specialist expertise in pensions issues as well as divorce and separation proceedings.

“We are fortunate in being able to call on colleagues in Ward Hadaway’s pensions team who have already provided valuable expert input in a number of cases which we are advising on at the moment.”