Business leaders are looking for an environment that offers more than just a great view, says Ward Hadaway

Business leaders are looking for an environment that offers more than just a great view, says Ward Hadaway

With attracting talent cited as one of the biggest corporate challenges for the year ahead, business leaders are increasingly aware of the importance of offering an environment that is more than just a great view. 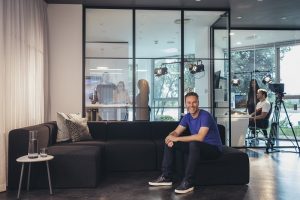 Ten years ago, the former site of Leeds Central station was newly under construction by developer and asset manager, MEPC, and promised to create a new business quarter for the city.

Fast forward to 2019 and it has delivered just that. Wellington Place is not only home to Ward Hadaway’s Yorkshire HQ, but also some of Leeds’ most prominent businesses including Sky Betting and Gaming, Willis Towers Watson, Equifax and Mazars.

Ward Hadaway’s Property team has been on a similar trajectory, starting with just two lawyers and growing to a 25-strong team. The department has also got eyes on the future, having recruited six people into the team over the past 12 months, with plans for further expansion in the pipeline.

Unsurprisingly, they are incredibly enthusiastic about the space they occupy.

Kevin Weston, a Property Partner at Ward Hadaway, said: “It’s important to put our money where our mouth is when it comes to championing the best of commercial property in Leeds, which is why we selected the very best development in the city for our Yorkshire office.

“It has been great to see the property side of our business grow from a team of two of us, to where we are now. We have expanded our operation to a point that we needed to move to 5 Wellington Place.”

“Wellington Place is very much seen as the optimum location and the heart of Leeds’ business district, so it’s important to be based here as it’s a reflection on our commitment to promote the city,” adds Property Partner, Andrew Pliener.

Although the prominent position and modern architectural finishes have played a big part, there’s much more than aesthetics when it comes to choosing where to do business.

Andrew Weaver, CEO of Strata Homes Ltd, a former 2016 Ward Hadaway Fastest 50 company, has recognised the importance of having a bespoke open place space with facilities for his team.

He said “Employers now recognise the responsibility they have to provide a positive working environment and its benefits to health and wellbeing. Modern office design has to embody company values and provide distinct areas for collaboration, engagement and reflection.

“We have been in our office for over 15 years and much has changed during that period. We sold our contracting business in 2009 making us singularly focused on residential housing, so much has changed in the way people work and interact.

“Because the office is set over three floors we were keen that everybody has the benefit of lakeside views, and the blurring of the lines between departments makes them more cohesive and less siloed, rather than solely departmental and task oriented. Each of the three floors has a very distinct atmosphere.

“The top floor is very much “the cool kids” in a designer’s loft; the middle floor is more contemplative as it is the source of all our data and feedback from our developments, and the ground floor is an integrated floor of delivery and is very much focused on our customers.

“We are probably most proud though of the first impression that our reception gives – it’s a hybrid between boutique hotel and recording studio!  What it certainly does is make people very much aware that our expectations are high and we’re doing our best to make a difference.”

Andrew’s comments come as the build-up continues to the Yorkshire Fastest 50, the annual run-down of the fastest-growing privately owned companies in Yorkshire which Ward Hadaway organises in association with The Yorkshire Post.

By the analysis of company financial figures, the Ward Hadaway Yorkshire Fastest 50 identifies the privately-owned, profit-making companies which have seen the biggest annual expansion in their turnover in recent years.

This process will create a definitive list of the 50 fastest-growing companies in Yorkshire which will be published next week.