Where a contract contains an agreement to resolve disputes by arbitration, a case recently decided by the Supreme Court addressed the question of which national system of laws governed the validity and scope of the agreement.

From 1 January 2021 parties wishing to enforce an English judgment within the EU no longer have the automatic benefits of direct recognition and enforcement whereby the English judgment could be recognised an enforced within the EU as if it were a judgment of the courts of other EU Member States. This is the same for EU Member States now seeking to enforce a judgment in the English Courts.

The UK-EU Trade and Cooperation Agreement (TCA) has, however, had no impact on the enforcement of English arbitral awards within the EU as their recognition and enforcement is independently secured by the New York Convention on the Recognition and Enforcement of Foreign Arbitral Awards 1958 (“The New York Convention”). Therefore Post-Brexit parties may look more and more to arbitration as an alternative manner of resolving international disputes and it is important that the terms of such an agreement, in particular in respect of law and jurisdiction, are certain.

This case set out the principles to be followed to determine the law governing the arbitration agreement, which can be summarised as follows: 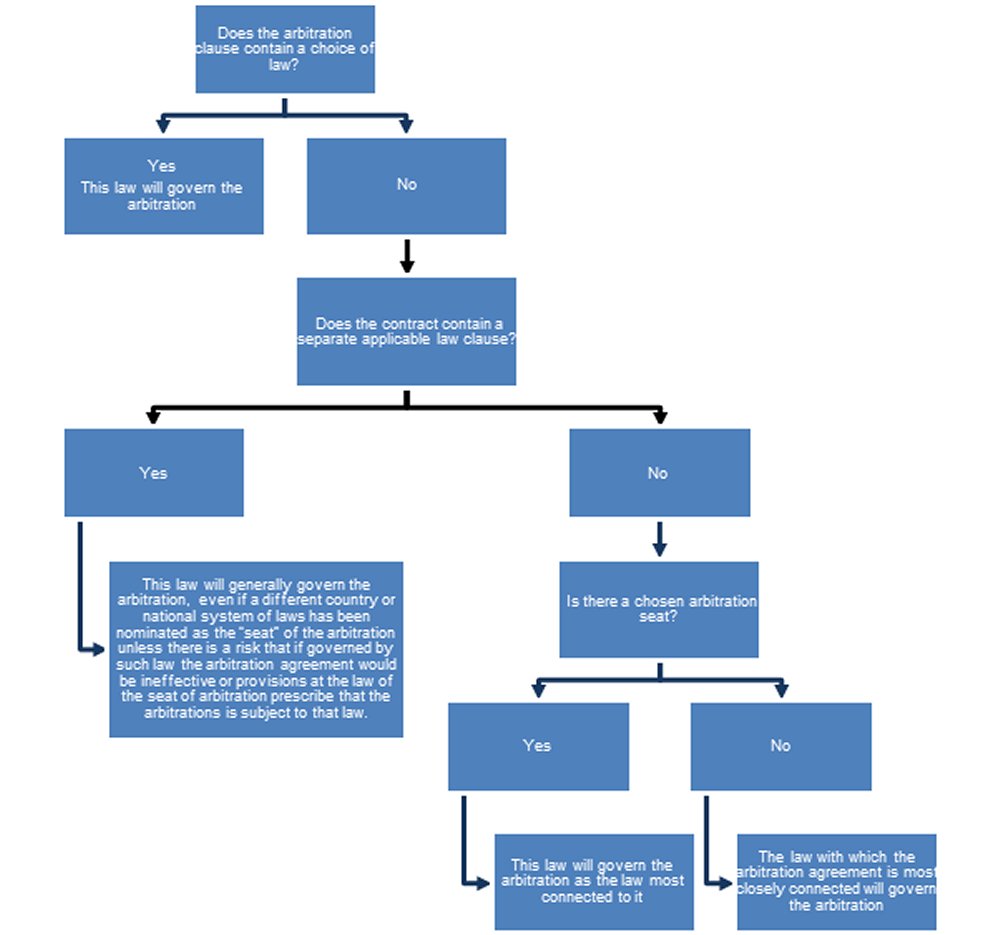 The Supreme Court held that where the law applicable to the arbitration agreement is not specified, as a starting point, the choice of governing law of the main contract will generally apply to an arbitration agreement. Significantly the main contract in this case did not contain a clear and unambiguous choice of governing law.

The Court also commented that if the contract requires the parties to undertake good faith negotiations, mediation or any other procedure before invoking arbitration, this will not generally provide a reason to displace the law of the seat of arbitration as the law applicable to the arbitration agreement by default in absence of a choice of law to govern it.

How can we help?

Brexit has encouraged many businesses to reconsider the suitability of their dispute resolution strategy and international businesses are more likely to consider using arbitration as a mechanism for resolving disputes in an effort to avoid the present gaps in recognition and enforcement of English judgments in the EU because the New York Convention provides a reliable enforcement regime of arbitral awards in the EU Member States.

If you have any questions or wish us to consider your dispute resolution clause get in touch.