As businesses prepare for Brexit by informing and supporting their employees and updating policies and procedures, Ward Hadaway's immigration expert, FLORA MEWIES, discusses an alternative route employers can go down to get the highly-skilled workers they need. 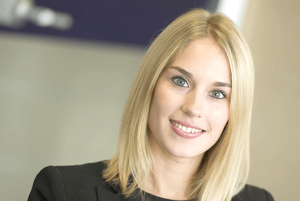 One of the common pain points for start-ups, multi-nationals and everything in between is the struggle to recruit top tech talent in the UK. This has been compounded by Brexit and the UK’s immigration system.

For EU citizens already living in the UK, they will be able to remain here indefinitely post-Brexit and these rights will be extended to EU citizens arriving before the end of the implementation period on 31 December 2020. Businesses therefore will be able to continue to recruit from the pool of talent offered by the EU in the short term.

However due to a decline in applicants from the continent, many businesses are unable to find the highly skilled employees they need across junior, mid-level and senior roles. They are therefore looking to recruit from outside the EU and EEA.

If employers struggle to recruit candidates under the Tier 1 Exceptional Talent visa route, there are other ways they can help maximise their chances of success through the Tier 2 system.

They must first make sure the candidate meets the English language requirement, ensure the role is broadly a professional or managerial role and advertise the job extensively to ensure that no settled workers are suitable.

The Tier 2 visa requires the employer to sponsor its prospective employee and so a pre-requisite is that the employer is registered with UKVI and holds a sponsor licence.

To obtain registration, there is an online application to be completed, prescribed information to be provided about the employer and those key employees who will hold responsibility for managing the sponsor licence, as well as multiple supporting documents to be provided.

The aim of this process is to determine whether:

All must have a minimum of five years’ experience and experience of having led a team.

The purpose of the shortage occupation list is to make it quicker for an employer to sponsor someone for these roles, as it removes the need to advertise the role before moving on to sponsorship.

However there are significant gaps between this list and reality. For example, the list doesn’t take into account the difficulty of recruiting good junior level developers or those in to software engineer, business analyst or solutions architect roles. This is felt widely across London, but even more so in the regions such as Newcastle, Leeds and Sheffield by both new and established companies in the tech sector.

The current list has not been fully reviewed since 2013 and this summer, the government commissioned one of its advisory bodies, the Migration Advisory Committee to undertake a full review of the list and report back early next year with a view to this being updated.

Having become a sponsor, there is a requirement to advertise the vacancy you are seeking to fill in certain locations, one of which is the Government’s Find a Job service. It’s highly unlikely that the specialised talent required for these roles will not already be in employment elsewhere and will be searching the Government database for roles.

Regardless, the role must be advertised on this site and using another prescribed method, for at least 28 days, following which a full and fair recruitment process must take place. This is required in order to demonstrate that there aren’t any settled workers suitable for the role before they are able to go on to sponsor a non-EEA worker.

The job advert must contain a variety of pieces of key information, one of which is the salary or salary range on offer for the role. Each job deemed suitable by UKVI for sponsorship, comes with its own minimum salary for ‘new entrants’ and ‘experienced workers’.

According to the Home Office, the minimum salary threshold under Tier 2 (General) is £30,000 for experienced workers and £20,800 for new entrants (recent graduates and those under 26).

In addition to this, UKVI allocates a salary to each role which, if higher, overrules the minimum salaries stated above. By way of example, the current minimum salary payable for commonly sponsored roles in the tech sector are set out below:

These minimum salaries can often be a barrier for start-ups looking to bring in one, two or a team of technicians on board from overseas, but at present, there is no indication these salaries are going to change and if they are, they’re only likely to increase.

It is anticipated that a similar scheme of sponsorship will be introduced after 31 December 2020 for EU nationals and so the sooner employers familiarize themselves with this system the better.

It has recently been proposed that the list of roles suitable for sponsorship is increased, that the annual cap on the number of EEA-nationals entering the UK for sponsorship is increased and that there are modifications to the advertising process employers are required to go through, perhaps with more roles or categories of individual being exempt from this requirement.

Unsurprisingly however there hasn’t been any suggestion that the fees payable to UKVI for the privilege of sponsoring a non-EEA national are reduced. For a small business, the cost of applying for a sponsor licence is currently £536, there is a further £199 to pay to sponsor the non-EEA national and then the ‘immigration skills charge’ to pay on top of this.

This charge was introduced in 2016 with the purpose of using the money levied to invest in developing talent within the UK. To date, we’ve not seen any details of how this money has been used or the resulting benefits.

The charge to small employers is £364 and for medium or large employers is £1,000 per year of sponsorship. These fees are of course on top of the immigration health surcharge and the visa application fee payable by the applicant.

Despite these costs and the complexity of this immigration route, it is still widely used by employers looking to recruit and retain the brightest and the best global talent in the tech sector.