A biogas generation facility is set to make a major contribution to renewable energy in the North East. 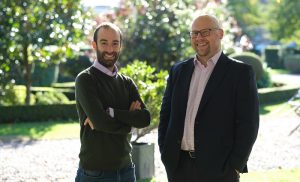 Wardley Biogas has received £17m of funding to construct a new plant at Follingsby Lane, Wardley which will convert unwanted organic waste into green gas for use across the region’s heat, power and transport sectors.

A team of lawyers from Ward Hadaway supported Wardley Biogas on various aspects of the transaction over an 18-month period. This included structuring and negotiating all major commercial contracts to bring the project to fruition.

Matthew Flint, Director of Wardley Biogas, said: “It has been a pleasure to work with Matt and the team at Ward Hadaway. We have a long history with Ward Hadaway as we recognise the advantages of working with a firm with their depth of understanding of the energy sector, and their work ethic in driving projects forward. Getting projects to financial close can be a stressful and demanding process, and we know that we can rely on Ward Hadaway to support us with this.”

Matt Cormack, added: “We are delighted to see this project achieve financial close and look forward to seeing the scheme enter the next phase of its development. This was a complex project, which required delivery of strategic and technical legal advice across a number of disciplines within a tight timescale. It is always exciting to work on regionally significant renewable energy projects, such as Wardley Biogas.”

The creation of Wardley Biogas presents an opportunity for the recycling of food waste in the North East to create renewable green gas. The project is backed by experienced funders and supported by BioConstruct GmbH, a biogas EPC contractor in the sector.

The scheme is also supported by project partner, Gap Organics, the food recycling division of a national waste management company based in the North East.

The work builds on Ward Hadaway’s substantial experience in the energy and biogas sector, which has received recognition this month with its Legal 500 ranking as being the pre-eminent law firm for energy work in the North.

Mark Whitehead, head of the energy and utilities team at Ward Hadaway, commented: “The Wardley Biogas project represents one aspect of the work carried out by our Energy team.

“We are currently advising clients in relation to various legal issues affecting them operating across the energy and waste sector, including generators, suppliers, contractors, funders, network operators and project developers.“