TRANSPORT for the North chair and former CBI director general John Cridland has been revealed as the guest speaker for the Ward Hadaway Yorkshire Fastest 50 Awards 2016.

A well-known and highly respected figure in the business world, Mr Cridland will deliver the keynote speech at the event, which is organised and sponsored by law firm Ward Hadaway and celebrates the achievements of Yorkshire’s fastest growing companies. 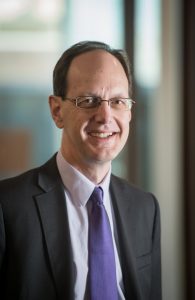 Transport for the North Chair and former CBI Director General John Cridland will be the keynote speaker at the Ward Hadaway Yorkshire Fastest 50 Awards 2016.

John Cridland started a 33-year career at the CBI in 1982 when he joined as a policy adviser. He became the CBI’s youngest ever director in 1991 when he took over the environmental affairs brief. He moved on to human resources policy in 1995, where he helped negotiate the UK’s first national minimum wage and entry into the European Union’s “social chapter” on employment conditions.

He was promoted to the post of CBI deputy director-general in 2000 and was awarded a CBE for services to business in 2006 before becoming director general of the CBI in 2011.

Mr Cridland left the CBI in November last year to take up the post of chair of Transport for the North (TfN), which brings together local transport authorities and combined authorities across the North of England to speak with a single voice to Government on transport issues and investment.

Last year, TfN unveiled an ambitious blueprint to improve connectivity across the North and help create the conditions for the Government’s vision of a ‘Northern Powerhouse’ of economic activity to become a reality.

Mr Cridland will be talking about some of TfN’s plans when he meets business leaders and representatives of Yorkshire’s fastest growing companies at the Yorkshire Fastest 50 Awards 2016 at Aspire in Leeds on Friday March 18.

The awards highlight and celebrate the privately owned, profit-making businesses in Yorkshire which have grown their turnover by the largest amount in recent years.

Speaking about his forthcoming appearance, John Cridland said: “I’m thrilled and honoured to be the guest speaker for the Yorkshire Fastest 50 Awards and am really looking forward to the event.

“From my years at the CBI, I know how dynamic and ambitious Yorkshire businesses are and one of Transport for the North’s key aims is to help provide the conditions and connectivity which can help to fuel further growth across the region.

“The Yorkshire Fastest 50 is all about celebrating the companies that are leading the way when it comes to creating growth so I am looking forward to meeting the people behind Yorkshire’s fast-growing companies and finding out more about how they have achieved their current success and how Transport for the North can help to further achievements.

“Events like this are a great way to showcase all that is best about business in Yorkshire and to highlight the companies which are helping to act as the driving force behind the Northern Powerhouse.”

“He is very well known by business people right across the country for his work with the CBI and with his role at Transport for the North, he now has a crucial part to play in the drive to improve transport and connectivity across the North, which could bring enormous economic benefits to the region.

“I am sure he will get a great reception from the awards audience who will be very interested in hearing what he has to say about progress on that front and on the general prospects for Yorkshire business.”

This will be the sixth year that the Ward Hadaway Yorkshire Fastest 50 Awards have taken place.

One of these three award winners will then be crowned Yorkshire’s overall fastest growing business for 2016.

The first opportunity to discover those companies in contention for the awards will happen in March when The Yorkshire Post publishes the full A-Z list of the 50 fastest growing companies in Yorkshire for 2016.

It is from this list that the winners of the awards will be drawn and revealed on March 18.