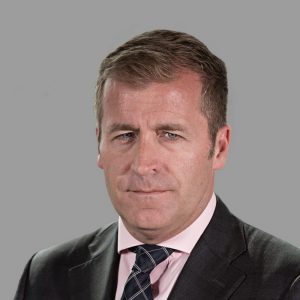 Richard will deliver the keynote speech at this year’s event, which is organised by law firm Ward Hadaway and celebrates the achievements of Yorkshire’s fastest-growing companies.

As a prolific investor, Richard founded Zeus Capital, a boutique investment bank with offices in London and Manchester.

Zeus provides a full range of corporate finance advice, from fundraising to M&A, and is best known for floating c30% of all businesses on AIM each year – raising a total of £3.6 billion for clients over the last four years.

He has several significant business interests. He was the majority shareholder of Crawford Healthcare which he acquired for £700,000 nine years ago and which was reported in a national newspaper as being sold for over £100m in 2018.

He was also a non-executive director and a founder of Boohoo.com through the first eight years of phenomenal growth – learning many lessons on the journey, leading up to the company’s IPO in 2014, which Zeus handled. From just £37 sales on its first day of trading 12 years ago, Boohoo now has a market capitalisation of c£2.3billion. 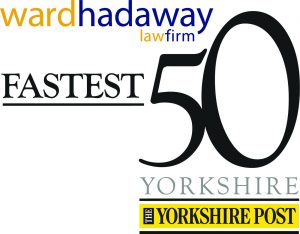 Richard is renowned for his strategic business brain and forthright, hard-hitting style and he has helped many fast- growing companies realise significant value.

He will talk about the “highs” and “lows” of his career when he meets business leaders and representatives of Yorkshire’s fastest growing companies at the invitation-only Ward Hadaway Yorkshire Fastest 50 Awards 2019 at Aspire in Leeds on Friday, 22nd March.

The awards highlight and celebrate the privately-owned, profit-making businesses in Yorkshire which have grown their turnover by the largest amounts in recent years.

Speaking about his forthcoming appearance, Richard said: “I’m delighted to have been invited to give the keynote speech at the Ward Hadaway Yorkshire Fastest 50 Awards for 2019, which celebrate the success of businesses across the region.

“Yorkshire is a vibrant region and its businesses have seen some considerable achievements over the years to help them become even stronger as a place to live and work.

“The Ward Hadaway Yorkshire Fastest 50 is an excellent way to highlight and celebrate the businesses which are flying the flag for Yorkshire by creating jobs, boosting prosperity and attracting investment into the region.

“I am really looking forward to attending the awards and finding out which companies are leading lights when it comes to their expansion plans.”

Partner at Ward Hadaway’s Leeds office, Philip Jordan, said: “We are thrilled that Richard has accepted our invitation to be a guest speaker at the Ward Hadaway Yorkshire Fastest 50 Awards for 2019.”

The Yorkshire Fastest 50 2019 takes place at Aspire in Leeds on Friday, 22nd March.