With Brexit just six months away, the North East's fastest growing companies need to continue investing in innovation to build on their success, according to organisers of the Ward Hadaway Fastest 50 for 2018. 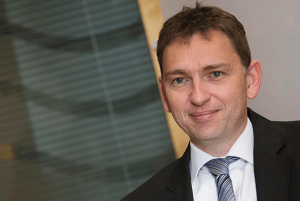 Damien Charlton, a Partner in the Commercial team at Ward Hadaway

Damien Charlton, a Partner in the Commercial team at Ward Hadaway, the law firm which organises the annual countdown of the region’s fastest growing companies, says that businesses’ future growth prospects may be harmed unless they continue investing in innovation and sustainability programmes ahead of Brexit.

Damien said: “Businesses need to remain focussed on showing sustainable revenue growth, but it’s clear from recent surveys that companies are concerned about the impact of Brexit and so there is a risk that investment in areas such as innovation will be put on hold.”

A recent Brexit survey from the North East England Chamber of Commerce shows the optimism shown earlier in the year following phase one of Brexit negotiations has faltered.

It found that more than half of North East business people believed Brexit would have a negative impact on their business, while just 14.1% saw it being beneficial to them.

Damien added: “Businesses will find it harder to focus on innovation and growth when the outcome of Brexit is so uncertain.”

The top three Brexit concerns identified in the Chamber of Commerce survey were the cost of trade, changes to standards and regulations, and changes in access to EU funding. According to the survey, two in five business people also felt their business was underprepared.

Damien said: “The Chamber results come as no surprise. Given that the outcome of the current Brexit negotiations is still so uncertain, it will be difficult for some businesses to think in an expansive way and make longer term growth and investment plans.”

Damien added that while shifts in trade relations and government policy may create new costs, resulting in companies becoming more selective when it comes to investment, he warned against “knee-jerk reactions”.

He said: “Any fast growing business with hopes for sustainable growth needs to be prepared for shifts in the landscape of business regulation in the long term. We are a trading nation and our supply chains are closely integrated with the wider European market and businesses will adapt to a different relationship with Europe.

“Companies with a strong ethos like those in our North East Fastest 50 are more likely to weather the storm. The Fastest 50 recognises businesses that are making their mark and growing consistently, whatever the weather.”

Every year since then the UK Top 100 law firm has used publicly available figures from Companies House to compile a list of the businesses across the region which have seen the highest annualised growth in their turnovers whilst remaining profitable.

This year will be the 21st time that the Ward Hadaway Fastest 50 Awards have been held with the invitation-only event taking place at BALTIC, the Centre for Contemporary Art, in Gateshead on October 12.

Northumbrian Water’s Group Information Services Director, Nigel Watson, who is also a member of the CBI’s Innovation Council, will deliver a keynote speech on innovation at the event.

Damien said: “The qualities exemplified by the companies which make up this year’s list – dedication, determination, adaptability and expertise – are precisely those which will be needed as we head into what are unchartered waters in a post-Brexit Britain.”

Since the referendum, Ward Hadaway has held a number of seminars and briefings looking at the issues and challenges of Brexit, and will continue to do so as further details emerge from the negotiations.