A NEW fleet of trains on the tracks in the North of England this summer is a step in the right direction, according to law firm Ward Hadaway. 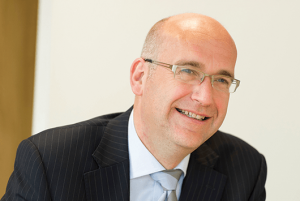 The operator is adding additional services and enhancing connectivity as part of the Great North Rail Project (GNRP) and the changes will come into effect next month, from May 20, 2018.

Journeys between Manchester Victoria and Liverpool Lime Street will take 35 minutes – compared to the current 52 minutes – when TPE starts operating on a new route via Newton-le-Willows and Lea Green.

There will be two fast TPE services every hour between Newcastle and Manchester calling at York, Leeds and Huddersfield.

TPE will also begin operating six trains an hour across the Pennines between Leeds, Huddersfield and Manchester, two of which will begin calling at stations between Manchester and Leeds.

From 2019 the fleet will support the Great North Rail Project, part of Britain’s Railway Upgrade Plan, by connecting major cities across the North of England and will run from Manchester and Liverpool, across the Pennines to cities such as Leeds, York and Newcastle.

Trains will provide more seats compared to the existing trains on the popular intercity route and each new train will offer free Wi-Fi in both Standard and First Class.

Mr Johnson said: “This is excellent news for commuters and will mark significant change for rail users across the North of England. It’s great to see the enhancements announced and the news that there will be 220 more carriages on the TransPennine Express routes by the end of 2019.

“It is particularly pleasing to see that on board Wi-Fi services are to be improved on the route. When you are travelling, it can delay the start of the working day, sometimes by hours for a busy commuter faced with delays.

“However, if fast and reliable connectivity is available during all journeys, commuters would have the option to use that time for work, communicating with colleagues and accessing resources, ultimately using that time more productively.”

Mr Johnson also praised the fact that investment in these new hybrid trains, which will switch mid-journey between electric and diesel power, is also supporting jobs.

“This is a much-needed boost to the economy and it’s great to see Manchester’s Lucchini Unipart Rail (LUR) factory building the wheel sets for the trains,” said Mr Johnson.

Mr Johnson made the comments as the build-up continues to the Manchester Fastest 50, the annual run-down of the fastest-growing privately owned companies in Manchester which Ward Hadaway sponsors and organises in association with the Manchester Evening News.

The 2018 Ward Hadaway Fastest 50 awards will take place at the Museum of Science and Industry on Friday, May 18th when the winners will be revealed.