Today we reveal the definitive list of the fastest-growing companies in the region with the Ward Hadaway North East Fastest 50 for 2018 – in the firm's 30th anniversary year. 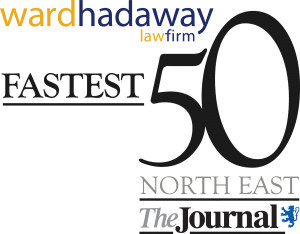 Organised by Ward Hadaway and backed by The Journal, the list highlights and celebrates the achievements of the profitable, privately-owned companies in the region who have grown their turnover by the largest amount in recent years.

This year’s Ward Hadaway North East Fastest 50 spans a wide range of sectors from construction and engineering to manufacturers and online retailers.

Damien Charlton, Partner in the Company and Commercial team at Ward Hadaway, said: “This is the 21st time that we have compiled and published the list of the fastest growing companies in the North East and this year’s list is impressive as ever.

“It’s fantastic to see such a broad range of sectors from all parts of the region represented in this year’s awards.

“All of those listed here have consistently grown their businesses over a number of years whilst remaining profitable – something which we can all celebrate. They help attract investment, generating wealth and creating employment across the North East.

“The range of companies in this year’s Fastest 50 list again demonstrates the diversity of the region’s economy and illustrates how businesses of all kinds can thrive here.”

Following today’s publication of the full A to Z list, the Fastest 50 Awards will take place at BALTIC, the Centre for Contemporary Art, in Gateshead on Friday October 12 when the winners of the Fastest 50 2018 will be revealed.

Here is the Fastest 50 for 2018 in alphabetical order:

Alexanders is a family-owned and run company, established in 1948 and operating two franchised dealerships in Thornaby on Tees, Teesside and Nether Poppleton in York. This is the fourth year that the company has been named in the Fastest 50.

A civil engineering and groundworks subcontractor operating throughout the North East and Yorkshire regions. A family orientated company offering a range of civil engineering services to private, public and industrial projects in the construction industry.

A family owned independent builder’s merchant with over 150 years’ experience in the supply of building materials, with 27 branches located throughout the North of England. The company last appeared in the Fastest 50 in 2011.

Bentincks specialises in making furniture, as well as sofas and sofabeds. The company also manufactures bedroom furniture through Bentincks Cabinet and currently makes over 1,000 items of furniture a week at its Gateshead centre. They were crowned fastest growing small business at last year’s Fastest 50 Awards.

This is the second year in a row that the company has been named in the Fastest 50. From its base in Ponteland this company provides a range of insurance services.

Established in 1979, Central Employment is a recruitment company specialising in temporary, contract and permanent recruitment across a broad spectrum of industries. It is a recruitment partner for some of the region’s largest blue chip employers and established privately owned SMEs. This is the second year in a row that the company has appeared in the Fastest 50 list.

An operator and developer of care homes. Crown Care has recently opened two new homes, with six more in development. This is the third time they have made it on to the Fasted 50 list, having last appeared in 2014.

A family managed business, Cussins are housebuilders with developments throughout the North East.

This is the fourth year in a row the company has made the Fastest 50 list. DC Handrails and Ironwork Parts was started in 1997 after founder and MD Dave Collins spotted the demand for wrought iron components when fitting plastic handrails. It has since grown to become a leading UK supplier of wrought iron and handrail components.

Established in 1992, DFP Services provides fire alarm systems, gas, plumbing and heating services throughout the country, with their HQ in Durham and two regional hubs, in Leeds and Manchester.

This Teesside company was established in 1994 with the aim of reducing the prices charged for CCTV equipment. Since then it has relocated to larger premises four times and supplies a wide range of CCTV security and monitoring equipment. This is the second year in a row that the company has appeared in the Fastest 50 list.

Established in 2002, eMerchantPay is a payment service provider, partner and specialist which provides international online payment processing services to merchants across the globe. This is the fourth time that the company has appeared in the Fastest 50.

This designer menswear retailer was founded in 2005 and operates a flagship store on Grainger Street in Newcastle. It is also a major online seller of high-end men’s fashion brands, sourced from across the world. END. appear in the Fastest 50 for the third year in a row.

FJ Booth Construction provides services that include design, fabrication and construction in the petrochemical, oil & gas, industrial, engineering, power generation, nuclear, and biofuels sectors. It has worked on major projects including developments at Heathrow and Gatwick airports and chemical plants on Teesside. This is the second year in a row that the company has appeared in the list.

From its base in Peterlee, this company provides a range of tableware, utensils and other equipment to the catering trade. As well as its headquarters in Peterlee, Goodfellow & Goodfellow has a ‘plate cave’ showroom on Portland Street, London. This is the second year in a row that the company has made the Fastest 50 list.

Established over 30 years ago, this family run civil engineering contractor provides a range of civil engineering and bulk earthwork services, plant and machinery hire, as well as the construction of synthetic and natural grass playing surfaces.

A leading mechanical and electrical services contractor established in 1926, H. Malone and Sons provides services to local and national construction companies, as well as working with local authorities, health authorities and government departments.

Established over 100 years ago as the key regional auctioneers for livestock auctions and agricultural services.

Formed in 2003 as a specialist company under the IDEC Group, this company specialises in the design, manufacture and installation of high voltage protection and control systems.

A business and management consultancy providing a range of services that deliver solutions to mergers/investments, consulting and market analysis.

Importer and distributor of footwear, climbing and outdoor equipment, accessories and apparel.

This is the second year in a row that this company has appeared in the Fastest 50. Founded in the 1960s and originally operating in the heavy engineering sector, the Metnor Group now comprises four trading divisions which operate in the construction, property, mechanical and electrical services and pressure testing sectors.

Established in 2006, this recruitment company works in the manufacturing, engineering and warehouse distribution sectors. It operates three main divisions – technical, manufacturing & engineering and industrial – providing temporary and permanent staff. This is the third year in a row that this company has made the Fastest 50 list.

Provides stock control through the use of storeroom management and intelligent vending machines.

Founded in 2012, Pink Boutique is an online retailer of women’s clothing expanding from an initial pack of six dresses to the daily shipping of 2000 garments. Co-founder Julie Blackie previously worked as a script writer on Hollyoakes.

Polar Krush is a manufacturer of iced drinks machines, with over 25 years of experience in the market.

Established in 2014, Prefere Resins manufactures and distributes phenol based products. With production sites in six countries they offer industry-leading expertise in adhesives technology to the industrial, construction and insulation markets.

A diary processing company specialising in cheese used predominantly for pizza. This is the fourth time Prima Cheese has appeared in the Fastest 50.

Established in 1953, Rosewood Packaging is an award-winning designer and manufacturer of bespoke packaging solutions.

This is the third year in a row that Roundel has appeared in the Fastest 50 list. They were formed in 1981 and now operate from six sites with a workforce of around 160 people manufacturing kitchens for trade customers and, under the Nixons Kitchens banner.

Appearing for the second year in a row, Scott Logic creates software applications for clients in a range of sectors including finance, energy, healthcare and oil and gas. Founded by Gary Scott in 2005, the company now employs more than 190 people in four offices across the UK.

The owners and operators of a hotel.

Developers of computer software such as patient administration systems which are used by providers in the NHS. This is the third time the company has appeared in the Fastest 50, last appearing in 2016.

SLW provide general nursing and residential care for the elderly within a registered care home environment.

Templeman Treading appear in the Fastest 50 list for a second time after last featuring in 2016. They are a holding company for wholesale and vending businesses.

The owners and operators of a hotel, their last appearance in the Fastest 50 list was in 2009.

Online gaming specialist tombola is one of the leading players in the UK online bingo market, also launching online sites in Spain and Italy. Tombola and its associated companies have been involved in bingo for 50 years, initially supplying tickets to bingo halls. They have made the Fastest 50 list six times.

Established in 1987, this production company produces pressed and assembled steel automotive parts. Their plant in Sunderland was expanded in 2011, with an increased robotic assembly facility. This is the third time Unipres have appeared in the Fastest 50 list.

Visualsoft has been providing eCommerce solutions to clients for 20 years.

Appearing in the list for a fifth time, this Teesside-based business is a building contractor involved in the construction of commercial developments.

Beginning life in 1990 with founder Andrew Ward selling work clothing from the back of a van, Workwear Express has grown to become a major supplier of more than 7,000 workwear and related products to over 70,000 customers across the UK and overseas. The company appears in the Fastest 50 for an impressive fifth year in a row.

The companies in this list have been selected from a table of the fastest growing profit-making, private, regional companies, based on turnover growth.

Information has been compiled using data which is publicly available at Companies House relating to UK companies and LLPs, before being independently verified.

To qualify, companies must be trading entities and have turnover in excess of £1,000,000 in the last three years of filed accounts, which are up to date as at 31 July 2018. Companies must also have made profits in each of the past three years’ accounts and must have filed new accounts since last year’s Fastest 50.

Subsidiaries of foreign-controlled companies have been accepted if they have headquarters or a decision-making function in the region.

Ward Hadaway and The Journal do not accept any responsibility for any errors or omissions.