The Entrepreneurs’ Forum’s first round table discussion of 2019 certainly put members through their paces, with the conversation focusing on a topic that has been instilled in our minds and across the mainstream media for almost three years now. 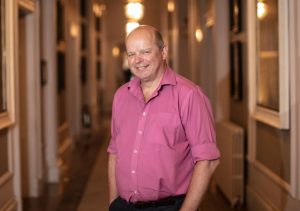 Colin Hewitt, Head of the Commercial team at Ward Hadaway

Brexit has continued to dominate news agendas, especially in recent months, and as time marches on toward the official exit date of 29th March 2019, the round table event was the perfect platform for entrepreneurs and business leaders in the North East to have their say on the topic.

Chaired by Colin Hewitt, Partner and Head of the Commercial team at Ward Hadaway, contributors from a range of sectors shared their challenges and, crucially, how they feel their business will fare after the UK’s withdrawal from the European Union.

George Riddell, part of Deloitte’s national Brexit team, believes that the issue we have the most clarity on over Brexit is immigration: “We know that the Government is committed to removing the free movement of people, which will have a significant impact on the labour market in this country.

“The freedom of movement doesn’t just rely on the lower-skilled jobs market, as there is almost a feeling in Europe that Europeans don’t want to move to the UK, as they may feel unwelcome. Regulated professions, including lawyers, those in finance and engineering, will find it increasingly more difficult to work in Europe with a no-deal Brexit – so, there is still some uncertainty there.”

David Cliff, of Gedanken, also felt that the UK may be seen as unwelcoming, as a result of the political uncertainty, squabbling over the issue, with several contributory factors such as Windrush and increasing concern over the rise of the right: “The overall ‘brand’ of Britain has been tarnished by the Government, and not so much the wishes of the electorate.”

Michael Grayson, Solutions Recruitment, is seeing a number of his clients defer their recruitment and staffing decisions until the end of March: “There is a concern around senior and experienced skilled workforces. Our focus is more on the American market, simply because there’s certainty there. The recruitment industry is seen as a much more professional service than it is in the UK and Europe.”

Ashleigh Wright, Westray Recruitment, has also seen an impact on the level of activity within temporary staffing, including warehousing work, among European workers: “The majority of our business is temporary work and we’re seeing a decline in this kind of workforce, but especially in European workers. As a result, it is often proving difficult to find the staff needed.”

Nick Salloway, Status Digital, made reference to the recent announcement involving Nissan in Sunderland and how much of an impact this will have on the North East: “When they (Nissan) first came to the UK, it was to gain access to the single market and trade in the EU. Following the decline of traditional industries, there was significant unemployment in the region, and Nissan – supported by Government – provided an opportunity to reskill that employ that workforce.

“During the referendum, people talked about ‘reclaiming sovereignty’ – I find it ironic that our sovereign parliament is now preventing a deal from being done by enabling MPs to scrutinise legislation they don’t believe represents the best interests of the country.”

However, according to the Department for International Trade (DIT), there seems to be a renewed amount of confidence among businesses in the North East, in terms of expanding their export potential.

Simon Crosby, from the DIT, has seen a rise in activity: “After the referendum, we saw an increase in activity levels for companies in the region interested in trading overseas, and more interest in markets beyond the EU.

“However, the EU remains such an important market for the North East of England, with 62% of all goods exported from the North East going into the EU, compared to the national figure of 45%.”

Roundtables are open to all Entrepreneurs’ Forum members, for more information contact michael@entrepreneursforum.net.