FAST-growing companies across the North East could see their expansion driven further and faster if proposed transport improvements for the region are delivered in full.

Experts at law firm Ward Hadaway, which organises the definitive run-down of the fastest growing companies in the region, the Ward Hadaway North East Fastest 50, say that links to other parts of the UK and the world already help North East businesses compete at the highest level.

And they add that with transport set to play an even bigger role for the region in the years to come as the UK deals with the impact of Brexit, further improvements will be crucial to continued and increased prosperity in the North East. 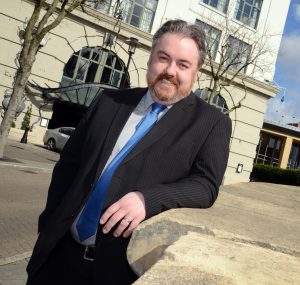 Dean Murray (pictured), Partner in the Commercial team at Ward Hadaway, who works with a range of major companies in the transport sector, said: “The North East’s existing transport links already make a vital contribution to the regional economy and are particularly important to the region’s status as a net exporter of goods and services.

“There is also plenty of evidence to show that in many respects transport in the region is already going from strength to strength.

“For example, last month Newcastle International Airport revealed that it is carrying record numbers of passengers – 4.6 million in 2015 – with revenues and profits also growing and a marked increase in traffic from hub carriers Air France and Emirates.

“The recent announcement from Heathrow Airport of plans to further expand domestic flights is also good news for the North East and further strengthens our connections worldwide.

“As well as making the best use of flight connections, many of the companies in this year’s Ward Hadaway North East Fastest 50 and in previous years have taken advantage of the region’s capabilities in the ports sector to ship goods around the world.

“Many of the region’s ports are seeing increases in demand for their services from freight and passenger liners whilst the ports themselves are planning major investments in areas such as renewable energy.

“And major public transport operators based in the North East, such as Arriva and Go-Ahead, are continuing to expand their operations not just in the UK but increasingly overseas.

“However, despite this encouraging picture, there is the potential for much more to come, which could further benefit all kinds of businesses right across the region.”

Amongst other things, this calls for £100m of Government money to be invested in an East-West freight ‘super corridor’, boosting road and rail links to enable more goods to pass through Northern ports on both sides of the country.

Dean said: “At the moment, 60% of freight destined for the North travels through Southern ports – imagine how much time, fuel and resources could be saved if a greater proportion went through the North’s ports.

“It would also greatly increase the capacity for more goods produced in this region to be shipped via North East ports across the world.”

Transport for the North has weighed in to the topic with its Northern Freight and Logistics Report, which was published last month.

Transport for the North is also campaigning for faster and more regular transport links between the major urban areas of the North.

Dean Murray said: “Further improving road and rail connections between the North’s key urban areas has the potential to create a major boost for the North East economy.

“Not only will it make it easier and faster to move goods and services between these main centres, it will also bring these centres closer together, greatly increasing the potential for co-operation, allowing industry clusters to develop and supporting trade and business generation.

“There is already much to shout about in the Ward Hadaway North East Fastest 50 – transport has the potential to turn the volume up even further.”

The winners of the Ward Hadaway North East Fastest 50 Awards for 2016 will be revealed at BALTIC, the Centre for Contemporary Art, in Gateshead on Friday (14 October).