Lawyers at Ward Hadaway say that companies will need to “carefully review” their policies, terms and conditions and driver training after the decision in a case involving a passenger on a FirstGroup bus in Yorkshire.

In the case, wheelchair user Doug Paulley tried to get on a bus to Leeds at Wetherby bus station in 2012.

However, the only available wheelchair space on the bus was occupied by a mother with a pram who refused to move to make way for Mr Paulley since the pram could not be accommodated elsewhere on the bus.

The bus driver asked the mother to move but she refused and, as a result, Mr Paulley could not get on and had to wait for the next service.

Mr Paulley brought a case against FirstGroup, arguing operator FirstGroup’s “requesting, not requiring” policy of drivers asking passengers to move out of disabled spaces was discriminatory.

The Supreme Court allowed his appeal, saying that the policy was not compliant with the Equalities Act 2010.

The decision is set to make bus companies and potentially other transport operators take a fresh look at their policies and procedures when it comes to disabled passengers. 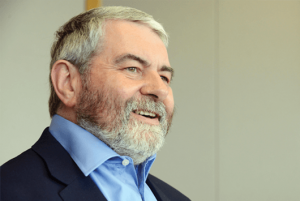 Frank Suttie (pictured left), Partner in the Commercial team at Ward Hadaway, who has years of experience advising in the transport sector, said: “It is important for bus operators to review policies, terms and conditions and driver training in the light of this ruling.

“However, there does remain a significant grey area here since the Supreme Court did not specify what further steps would be ‘reasonable’ for a driver to take when faced with such a situation, other than to say it should be appropriate to the circumstances.

“Since the Court said that it could be unreasonable to force a non-wheelchair user to leave the bus, it does leave operators in a potentially difficult situation.”

The Supreme Court, although allowing the appeal and finding that First Group’s policies did not go far enough to comply with the legislation, refused to award Mr Paulley damages on the grounds that it could not be shown that further driver pressure would have meant that he was able to board the bus.