The eagerly-awaited Judgment of the Supreme Court was handed down on Friday dealing with the liability of insurers to meet Business Interruption ("BI") claims. Following an appeal from the High Court, the Supreme Court has ruled overwhelmingly in favour of policyholders.

The issues which the Supreme Court looked at were as follows:

Why has the case been brought?

The case was brought on behalf of policyholders by the Financial Conduct Authority (“FCA”). The FCA’s aim was to iron out issues of contractual uncertainty around the cover provided under certain non-damage BI insurance extensions. It is understood that the impact of this Judgment will span across 370,000 policyholders, 60 different insurers and could cost the insurance industry up to £1.8bn. It has been described by the FCA as “probably the most important insurance decision of the last decade”.

Many of the disease clauses provide cover in relation to losses arising from the occurrence of a notifiable disease at or within a specified radius of the policyholder’s business premises.

The court ruled that all occurrences of COVID-19 played their role in the government’s response to the pandemic, meaning that if a policyholder can demonstrate that a case of COVID-19 had occurred within the specified distance of its premises, cover is provided under the terms of the policy. The Court has not given guidance as to the type of evidence which policyholders  could  use to demonstrate such an occurrence, but the FCA’s useful draft guidance suggests that the policyholder’s personal knowledge (together with evidence) or a well-established media report ought to suffice.

Similar findings were made under prevention of access and hybrid clauses. The court gave guidance as to whether “restrictions imposed” by a public authority had to have the force of law. The court said that this interpretation was too narrow and that “an instruction given by a public authority may amount to a ‘restriction imposed’ if it carries the imminent threat of legal compulsion or is in mandatory and clear terms and indicates that compliance is required without recourse to legal powers.”

The widening of the interpretation means that Policyholders who received instructions of this nature from a public authority will be deemed to have cover.

The insurers’ arguments in relation to causation were based on there being several causes of loss resulting from the wider impact of the pandemic, meaning that it would not be possible to say definitively that one of those causes alone was enough to trigger coverage.

Applying the ‘but for’ test, the insurers argued that policyholders would have to show that losses would not have been sustained if for example under a disease clause, there had not been an occurrence of COVID-19 at or within a certain radius of its premises (which of course they would have been). These arguments were rejected by the Supreme Court who stated that the ‘but for’ test is sometimes inadequate and was, in this case, inadequate.

It was held that policyholders would be covered for losses where there is a causal connection between the insured peril (the pandemic) and the business interruption; the fact that there were other, uninsured causes (such as a downturn in business due to the impact of the pandemic on public confidence) which had also contributed to the loss does not exclude cover (although this may give rise to insurers running further arguments on the question of loss).

Trends clauses are designed to ensure that the quantum of an insurance claim properly reflects the level of cover provided.

In the context of the current case, the Judgment refers to an example of a restaurant whose star chef is due to leave for reasons unrelated to the pandemic. It would be unreasonable for the insurer to indemnify for any loss of turnover which would have resulted from the loss of its star chef. However, any losses arising from the pandemic are “inextricably linked” and the Supreme Court took the view that to attempt to separate them would be “artificial and unrealistic”. It was ruled that these clauses should be construed consistently with the insuring clauses and not so as to take away cover.

Policyholders are therefore covered for all losses arising as a result of the pandemic, including (by way of example) any losses which might have been caused by a downturn in business due to the pandemic.

The same principle was applied to pre-trigger losses, so a downturn in business caused by the pandemic prior to the government’s response will not be used to deduct from any calculated losses.

The insurers’ arguments were largely centred upon the Judgment in Orient-Express Hotels Ltd v Assicurazioni Generali SpA [2010] EWHC 1186 (Comm). The decision in Orient-Express has served as a precedent for insurers seeking to limit liability in business interruption claims.

The case relates to a hotel which had suffered extensive damage and subsequent interruption to business following hurricanes Katrina and Rita. The insurer successfully argued that whilst the hotel was covered for losses arising directly from the damage to the hotel, it would not be covered for business interruption losses which would have been suffered regardless due to damage to the surrounding area.

Applying the reasoning which is set out under the causation and trends clauses, the Supreme Court has now overruled the Judgment, concluding that it was wrongly decided. The test case will set the new precedent and will have far-reaching consequences for insurers and policyholders moving forward. Whilst insurers might now find themselves providing a much higher level of cover in relation to business interruption losses under existing policies (well beyond those arising out of the pandemic), future policyholders might well find themselves paying increased premiums.

As most who have been following the test case will already be aware, the Supreme Court’s Judgment (together with the aspects of the High Court’s Judgment which were not appealed) is legally binding on the eight participating insurers and will provide authoritative guidance in interpreting similar policy wordings with other insurers.

The FCA will now be applying the pressure on insurers to ensure that policyholders’ claims are met. The onus is on insurers to re-assess those claims which are impacted by the Judgment and to make contact with the policyholders regarding next steps within seven days. If you do not hear from our insurer within this time, you should contact them to request an update on the status of your claim.

However, this is certainly not the end of road. Whilst important questions around coverage and causation have been addressed, there still remains huge uncertainty around quantum, for example: to what extent should insurers deduct government assistance? and are policyholders entitled to damages for late payment? In many cases these questions will be complex and it is unlikely any answer will be a “one size fits all”.  It is likely that there will still be complex, legal arguments which will be run and where we anticipate that there will be further legal battles.

If you have any questions relating to BI insurance policy coverage, please get in touch with Jade Burkhill in our Commercial Litigation team at jade.burkhill@wardhadaway.com or on 0330 137 3309. 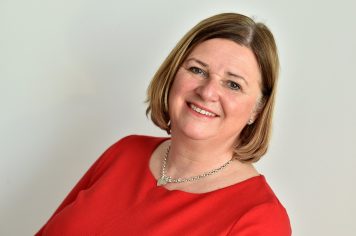