Jamie is a leading figure in North-East business.

He was the Managing Partner of the firm from 1998 – 2018, overseeing the growth of Ward Hadaway into a Top 100 law firm and was appointed the firm’s Senior Partner in May 2018.

Under his stewardship turnover grew from £6 million to £36 million and staff numbers from 160 to over 450. The firm now has offices in Newcastle, Leeds and Manchester.

Jamie is a past Regional Chairman of the CBI in the North East and was a member of the CBI Regional Council until 2018.

He was Chairman of NCG (Newcastle College Group) between 2006 and 2017 helping to build it into one of the UK’s largest and most successful Educational Providers.

Jamie is a past member of the Board of the Community Foundation serving Tyne & Wear and Northumberland and past chair of Sunderland AFC Foundation’s Development Committee and was Chair of NewcastleGateshead Initiative for six years retiring from that role in 2013.

Jamie is the Chairman of The Northumberland Golf Club.

He was awarded an OBE for Services to Business in the North East in the New Year Honours list in 2008.

A Fellow of the Institute of Directors, he is involved in a number of other business and charitable organisations.

As well as leading Ward Hadaway Jamie has been a Board Member of a number of businesses and has chaired a number of significant businesses/organisations over many years in public, private and third sectors.

Jamie has experience in all types of defendant clinical negligence litigation including high value birth injury claims and has worked for the NHS for the last 25 years.

Jamie was a nominated partner for the NHS Litigation Authority CNST scheme until 2013 and was President of the North of England Medico Legal Society in 2013-2015. 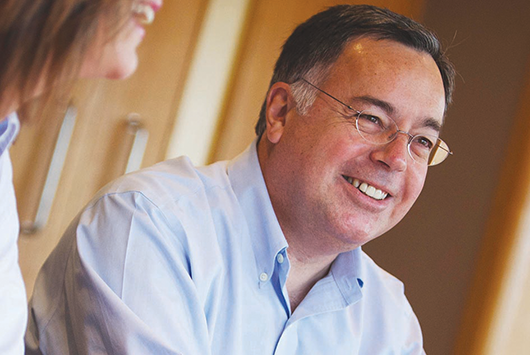 Welcome to our talented new trainees

Last week we welcomed a talented new group of recruits through our doors.

Let’s get ready to Jumble

A number of our people popped out to Newcastle’s Quayside to meet our very own elephantastical creation, Jumble. The multi-coloured creature forms part of Elmer’s Great North Parade, a fun and interactive trail taking place across Tyne and Wear in aid of St. Oswald’s Hospice.